"Stranger Things" To End With A 5th And Final Season 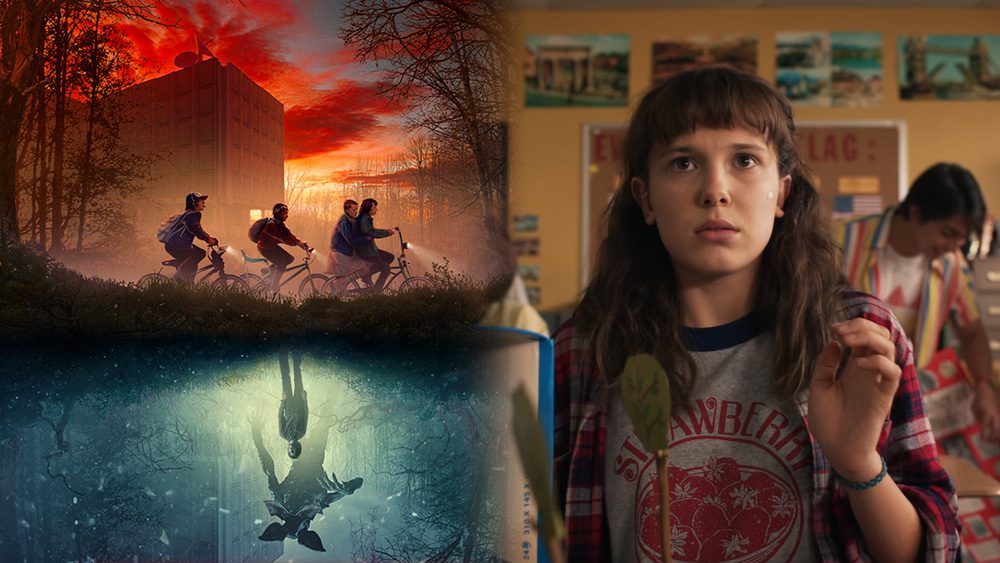 Though the fourth season has yet to premiere, Netflix has announced that time is almost up for the Upside Down.  Series creators Matt and Ross Duffer recently wrote:

“Seven years ago, we planned out the complete story arc for Stranger Things.  At the time, we predicted the story would last four to five seasons. It proved too large to tell in four but — as you’ll see for yourselves — we are now hurtling toward our finale.”

The fourth season of Stranger Things will be split into two parts, with part 1 premiering in May and part 2 in July.  Known for its "Binge" model, it's unusual for Netflix to stagger the release of a single season, but as the Duffer brothers explain:

"With nine scripts, over eight-hundred pages, almost two years of filming, thousands of visual effects shots and a runtime nearly twice the length of any previous season, Stranger Things 4 was the most challenging season yet, but also the most rewarding one. Everyone involved is incredibly proud of the results, and we can’t wait to share it with you. Given the unprecedented length, and to get it to you as soon as possible, Season 4 will be released in two volumes.”

Sources say production on season five has not yet begun, so an official timeline for when the drama starring Winona Ryder, David Harbour and Millie Bobby Brown will truly conclude remains to be determined.

Rumors that Stranger Things might get a sequel or a spin-off series with a new cast are flying around as well, thanks to the Duffers saying:

“There are still many more exciting stories to tell within the world of Stranger Things: new mysteries, new adventures, new unexpected heroes. But first, we hope that you stay with us as we finish this tale of a powerful girl named Eleven and her brave friends, of a broken police chief and a ferocious mom, of a small town called Hawkins and an alternate dimension known only as the Upside Down.”

The Duffer brothers signed a massive nine-figure overall film and TV deal with Netflix in late 2019, when the drama was formally renewed for a fourth season.  So we can no doubt expect more content from them once Stranger Things has wrapped up its story.