Why do all movies and TV shows suck nowadays? Blame the hippies! 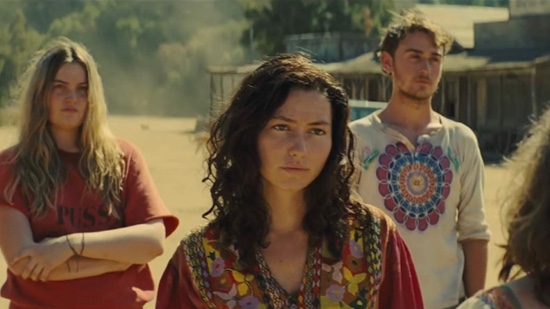 Let’s face it.  Hollywood has always churned out less-than-stellar offerings.  For every hit and classic it’s produced, ten-times more garbage and flops have been released.  But in previous decades, at least there seemed to be a “balance” of good entertainment to trash.

Nowadays, it feels as though good movies and TV shows are a rare exception.  So rare, in fact, that when people do see something good, it absolutely explodes in popularity.  One need look no further than the reaction to Ghostbusters Afterlife in comparison to Ghostbusters 2016.  People are so starved for an actual good movie, that when one does finally come to theaters, they’ll obsess over it!

And let’s be real here – Ghostbusters Afterlife isn’t a revolutionary movie.  In fact, it has a lot of flaws.  But when compared to some of the other dreck that’s come out in recent years, it’s a gosh darn masterpiece!

So why does it feel like ever since we entered the new millennium of the 2000s, the quality of our entertainment seems to have devolved?

Well, if you were to ask an “industry professional,” they might point to the fact that with the rise of streaming services, the content-hungry streaming providers acquire more substandard fare in order to keep subscribers paying their monthly fees because these services are in desperate need of content.

And to a certain extent, that may be true.  Now that video rental stores have gone the way of the dinosaurs, all the crap content that used to stock the shelves at Blockbuster needs to find a new home.  But in my humble opinion, this isn’t the REAL reason we’re seeing a decline in the quality of movie and TV entertainment.

No, that blame rests solely at the feet of the baby-boomer generation.

(Yes, I’m blaming the dirty hippies. Hear me out.)

On social media, you see the fallout of this coddling method of parenting.  Nowadays, if you should ever dare “offend” anyone, you are vilified.  And let’s face it, this new generation is very easily offended.

But when it comes to these up-and-coming writers, directors, producers, etc. – the lack of actual criticism and feedback about their work has damaged the offerings Hollywood and all its entertainment sub-industries churns out.

People with very little-to-no talent never get called on their bad ideas.  People are afraid to offer criticism or valuable feedback to creatives for fear of offending someone.  And those who do offer honest feedback are labeled “haters” and “trolls” and are largely ignored.

The Snowflake Generation of Hollywood is a generation of artists that have been told they’re brilliant since they were kids and have never had to face actual, legitimate criticism of their work.

They largely live in a sheltered bubble where their peers are afraid to offer truly honest feedback about their ideas and level of talent, and where actual criticism from the public is often filtered out completely.  I know this because when I lived and worked in Hollywood, I experienced this “cone of silence” myself.  It’s honestly astonishing how clueless people who live and work in LA and Hollywood truly are about the rest of the country.

But this is what happens when everyone gets a participation trophy, and no honest feedback is given about one’s talent.  I’ve found that in order to grow as an artist, you must always be learning, evolving, and refining.  I have spent a great deal of time learning about what makes a good story, how best to tell that story, and how to listen to and receive feedback.

Does it hurt when people don’t like your stuff?  Absolutely.  Is all criticism valid?  Absolutely not.  But the trick to improving as an artist is being open to receiving all criticism, and then being savvy enough to figure out what to listen to, and then learning from it.

Today’s generation of Hollywood creatives are surrounded by “yes men” who don’t tell them if their ideas suck.  And even if they do, these creatives don’t feel the need to listen to them.  They think, because they live in the Hollywood bubble, that everyone thinks like them, so they have no qualms about injecting their political beliefs into their entertainment offerings because they believe everyone else also believes the same things they and their friends at the fancy Hollywood Hills dinner parties they go to do.

(Not to mention the fact that it’s easier to espouse political talking points handed to them by their political overlords than actually coming up with original ideas.)

This is a GENERATIONAL problem in the entertainment industry, because we now have people in charge of producing our entertainment that were never forced to develop any actual skillset necessary to do so.  They never got criticized, never had to pay their dues, and never had to listen to anyone tell them they were wrong.

And it’s on such a level now, that EVERYTHING coming out of Hollywood is affected by it.  From the studio executives, down to the actors, everyone is “woke” enough to be completely devoid of actual talent.

It no longer matters how skilled or talented you are.  All that matters is if you have the right political beliefs and the right connections.  That’s what it takes to “make it” in Hollywood nowadays.

And until we actually raise a generation of creatives that have been forged by the fire of honest feedback and hard knocks, the decline of the quality of our entertainment will just continue to get worse.