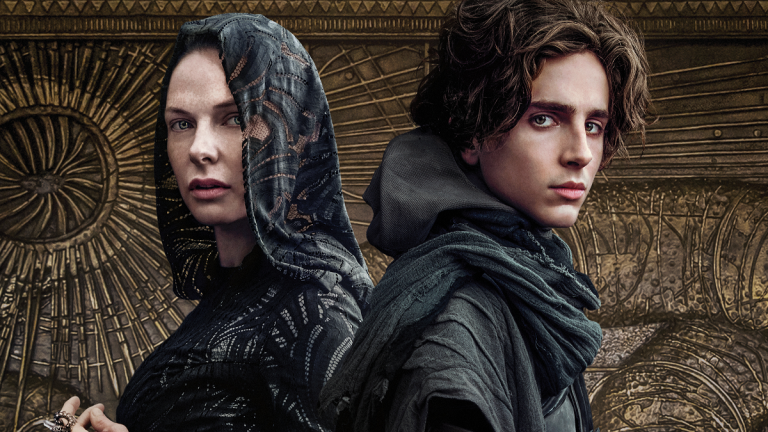 Good news - Warner Brothers has already approved the making of the next Dune movie, and having already set-up the DUNE universe in his first movie, filmmaker Denis Villeneuve is now talking about how Dune: Part Two will allow him to go deeper into Frank Herbert's rich universe and get even weirder.

Speaking with Empire magazine, Villeneuve explained how he used the first movie to introduce Herbert’s complex universe to a broad public which also resulted in a heavy focus on Paul (Timothee Chalamet) and House Atreides whilst skipping over some other elements.

Turns out that skipping these elements was deliberate and Villeneuve intends to make up for it with the second film:

“When you adapt, you have to make bold choices in order for the things to come to life. And I think that was the best way to introduce this world to a wide audience. Now in the second one, I want to have more flexibility, and it will be possible to go a little bit deeper into some of these details.”

Part of those details will be a closer look at the villains of the story – House Harkonnen. That allows for the introduction of absent characters from the first such as the Baron’s son Feyd-Rautha:

“It’s like a chess game. Some new characters will be introduced in the second part and a decision I made very early on was that this first part would be more about Paul Atreides and the Bene Gesserit, and his experience of being in contact for the first time with a different culture. Second part, there will be much more Harkonnen stuff.”

The film remains on schedule to shoot this summer.  Villeneuve revealed that the approval for the second part came through from Warners on the opening weekend of the film in the United States. With most of the pre-production work already completed, Villeneuve seems ready to go:

“We are supposed to shoot by the end of the summer. I will say it is mostly designed. The thing that helps us right now is that it’s the first time I’ve revisited a universe. So I’m working with the same crew, everybody knows what to do, we know what it will look like. The movie will be more challenging, but we know where we are stepping. And the screenplay is written. So I feel confident. Frankly, the only big unknown for me right now is the pandemic.”

Villeneuve has also been in the news of late as his lack of a director nomination for the film is often being cited as the biggest ‘snub’ of this year’s Oscar nominations. However, Villeneuve doesn't seem to be sweating the lack of award noms:

“Frankly, if you had told me a few months ago that we’d be in the Oscar race, that we’d have that kind of recognition, I would have not believed you. It’s really moving. If you’re nominated, it’s a beautiful thing…I don’t take things for granted, and I was deeply pleased with what we got.”

Dune landed ten Oscar nominations, the second-most of any film, including a Best Picture nomination. Dune: Part Two is due in cinemas October 2023.