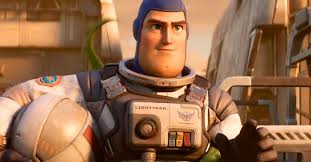 The full trailer for the Toy Story spin-off, Lightyear, is now out and it looks absolutely amazing!  Lightyear is scheduled to come out in cinemas on June 17th and is one of the first non-direct-to-Disney+ offerings from Pixar in quite some time.

Angus MacLane (“Finding Dory”) helms the feature with Chris Evans starring as the voice of the ‘movie’ Buzz Lightyear that led to the creation of the toy voiced by Tim Allen in the other films.  The project is dubbed the definitive origin story of Buzz Lightyear and follows the legendary Space Ranger on an intergalactic adventure.

Could this signal the resurgence of PIXAR after a string of disappointments?  Judging by how good the trailer is, our guess is YES.