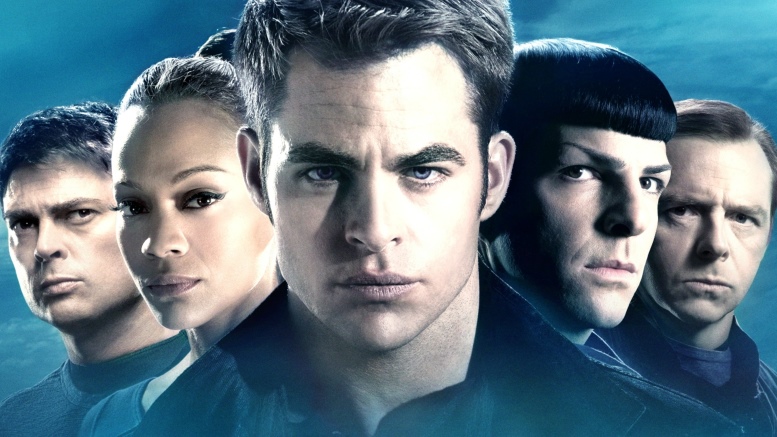 ViacomCBS is becoming Paramount, and with a renewed focus on streaming and having all their IPs under one roof once more, the studio is looking to start getting Star Trek into theaters once more.  As part of its three-hour investor presentation today, the newly named Paramount company revealed some big plans for the beloved sci-fi franchise.

Though a fourth Star Trek film with the new Bad Robot cast has long been rumored (and floundering in development hell), a fourth film in the ‘Kelvin timeline’ “Star Trek” era is now officially a-go with Matt Shakman directing.

Shakman is probably best known for directing It's Always Sunny In Philadelphia but more recently he was the director of all 9 episodes of the Marvel series WandaVision.

If that wasn't enough to dampen your excitement over Star Trek 4, J.J. Abrams is back as a producer, and the script for Star Trek 4 was written by Josh Friedman and Cameron Squires.

Who are these scribes, you may ask?  Well, Josh Friedman worked on both AppleTV's Foundation and TNT's Snowpiercer series, but was basically fired from both before they went into production, so he basically had nothing to do with the quality or success of either of those shows.  He's probably best known for being the showrunner on Terminator: The Sarah Connor Chronicles, but was also responsible for the story for Terminator: Dark Fate.  His biggest claim to fame is writing the screenplay for Spielberg's War of the Worlds.

As for Cameron Squires, he's only ever been a staff writer for WandaVision.  So not exactly the best "writing duo" we've seen, especially for a legacy franchise like Star Trek.  With J.J. Abrams producing, there's a good bet this movie will just be a rip-off of the original Star Trek 4 - you know, the one with the whales?  But I digress...

Discussions are now underway with Chris Pine, Zachary Quinto, and Zoe Saldana among other cast members to reprise their roles.  Previously, discussions with the cast had broken down over salaries when a story featuring Chris Hemsworth returning as Kirk's father was being developed.  Previously, the uncertainty surrounding Viacom and CBS's stock prices and the cutthroat corporate battle for control over the company made Paramount unable to commit to the salaries that were being demanded from the Bad Robot cast.  Now, it looks like Paramount is once again willing to deal with the ensemble since its financial woes have been settled with the re-merger of Viacom and CBS.

Production reportedly aims to begin later this year, but there is no word as to when the film might release.  Nor if it will be a Paramount+ exclusive or make its way into theaters.  During the Pandemic, Paramount sold off many of its theatrical releases to streamers as a way to recoup the costs of production while theaters were shut down.

In addition to the Trek news, the investor call also revealed some interesting tidbits for other movies...

Paramount confirmed a third Sonic the Hedgehog film is already in development – the announcement coming less than two months before the release of the second film on April 8th.

Then it was confirmed that the already completed Transformers: Rise of the Beasts is debuting in cinemas as the first of three new installments in the franchise.

John Krasinski revealed that the third main entry in the A Quiet Place franchise is now in development and set to debut in 2025. It’s not clear what Krasinski’s involvement with the project will be outside of producing, but this project is separate from the previously announced spinoff film which is already slated for late 2023.

Next, Paramount+ has announced that it is bringing three all-new direct-to-streaming movies to the service based on characters in the SpongeBob SquarePants universe starting in 2023. In addition a fourth, as-yet-untitled SpongeBob film is currently being developed by Nickelodeon Animation for release in cinemas.

What do you think of this news?  Are you excited for more JJ Trek?  Or should Paramount just reboot Star Trek and do something new with a new cast?  Let us know your thoughts in the comments!