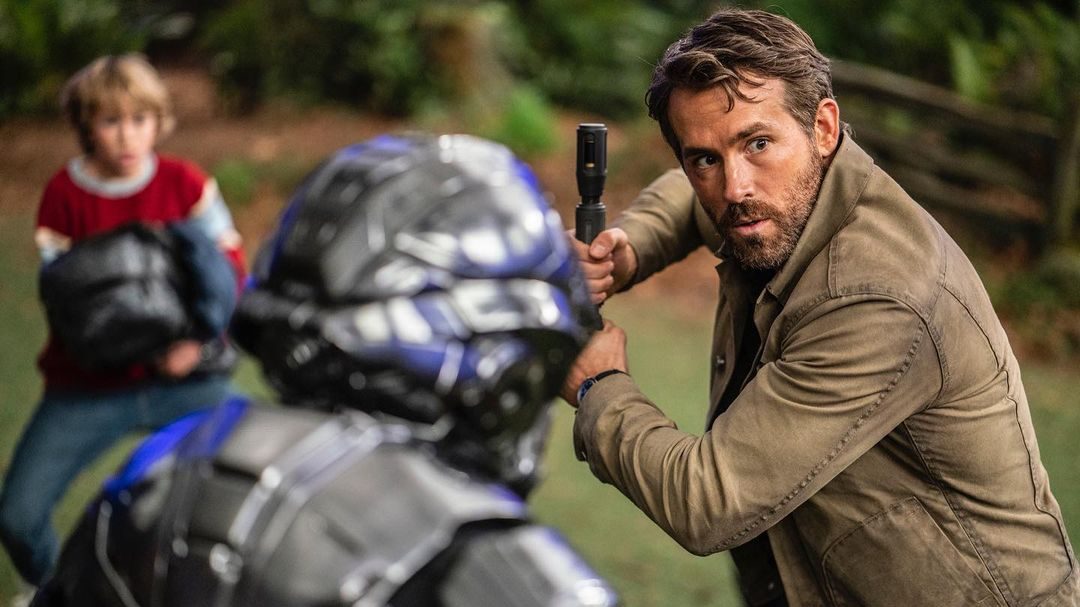 The Adam Project is a new movie from Shawn Levy, the director of Free Guy, about a time travelling test pilot who teams up with his younger self and his late father to save the future, while also coming to terms with his past.

The movie is from an original script by Banshee, Warrior, and SEE showrunner Jonathan Tropper, who has told the Salty Nerd Podcast that he was inspired by movies like The Last Starfighter in the making of this sci-fi adventure film.

The movie also stars Zoe Saldana, Jennifer Garner, and Mark Ruffalo.  It will be a Netflix-exclusive original film, so no theatrical release for this movie, but you can watch it for free with a Netflix subscription.