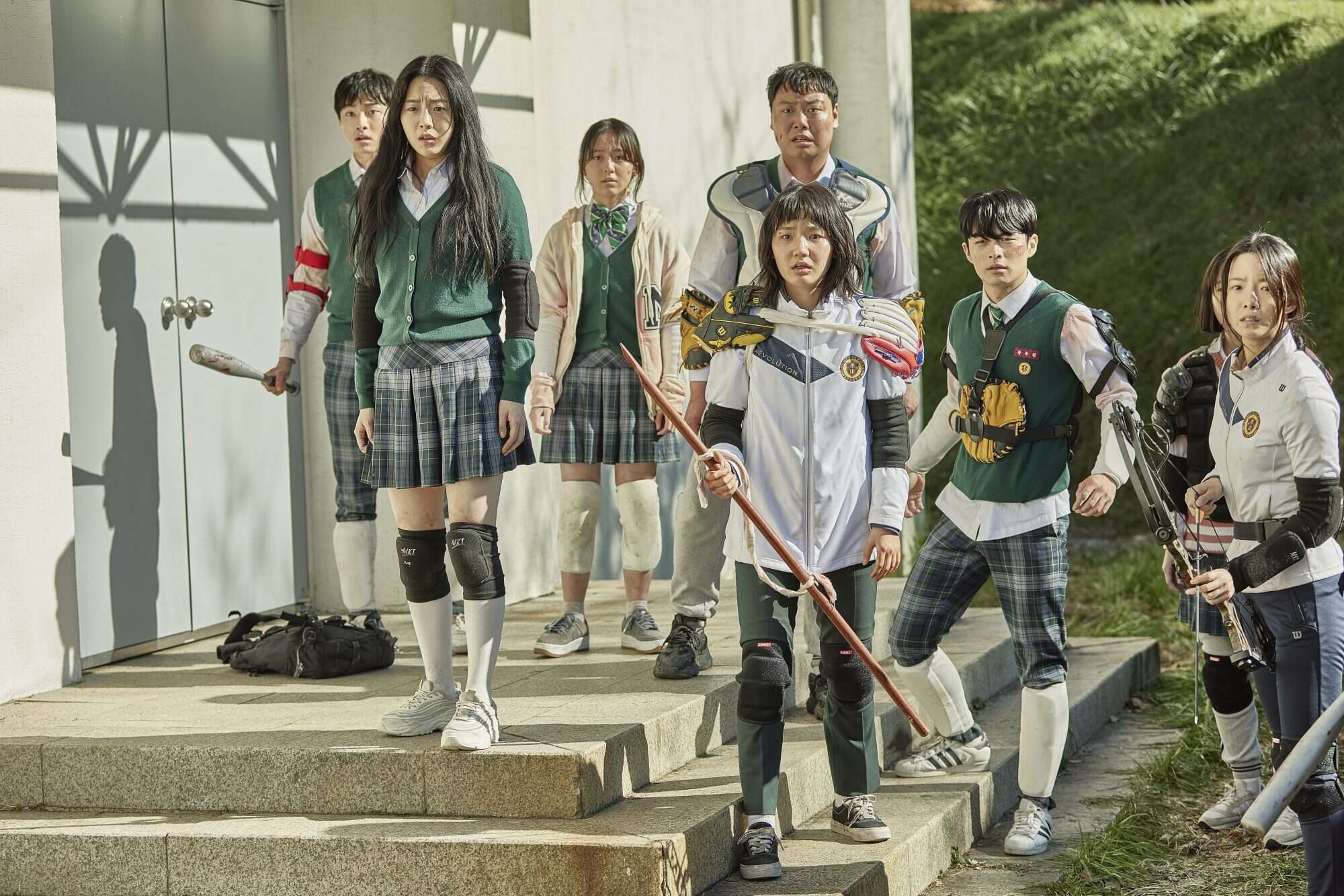 All Of Us Are Dead, the South Korean high school zombie drama based on the webtoon "Now at Our School", has led to a new record being set on Netflix in the US.

All Of Us Are Dead follows a group of Korean high school students who find themselves trapped on campus as a zombie apocalypse spreads like wildfire.  Its focus on rich characterization and the tragedy that constantly befalls its group of survivors has made the series a tense, emotional ride for audiences.  The series topped the charts on Netflix in over 25 countries by January 31st and topped the Daily Top 10 list on U.S. Netflix this past Friday.

Though the uber-popular Squid Game was the first non-English-language series to reach that position, All Of Us Are Dead is now the second, making Korea the first country to place multiple series NOT in the English language at the top of the streamer’s U.S. charts.

The series took the top spot on its seventh day of release, a bit behind Squid Game which did so on its fourth day of release. U.S. viewership of Korean dramas has risen by over 200% between 2019 and 2021.  And let's face it, they're doing some really interesting, original stuff with South Korean TV and cinema!  Netflix will release over 20 original Korean dramas and films this year, and they have already released such Korean offerings as Kingdom, My Name, The Silent Sea, and Hellbound.

There has been a rapid build-up of interest in this new "K-drama" category on Netflix, with U.S. viewership of Korean offerings jumping over 200% from 2019-2021.  Maybe if Hollywood made stuff as good and as original as Korea is, there'd me more interest in their stuff too?