How James Gunn Made The Peacemaker Cameos Happen... 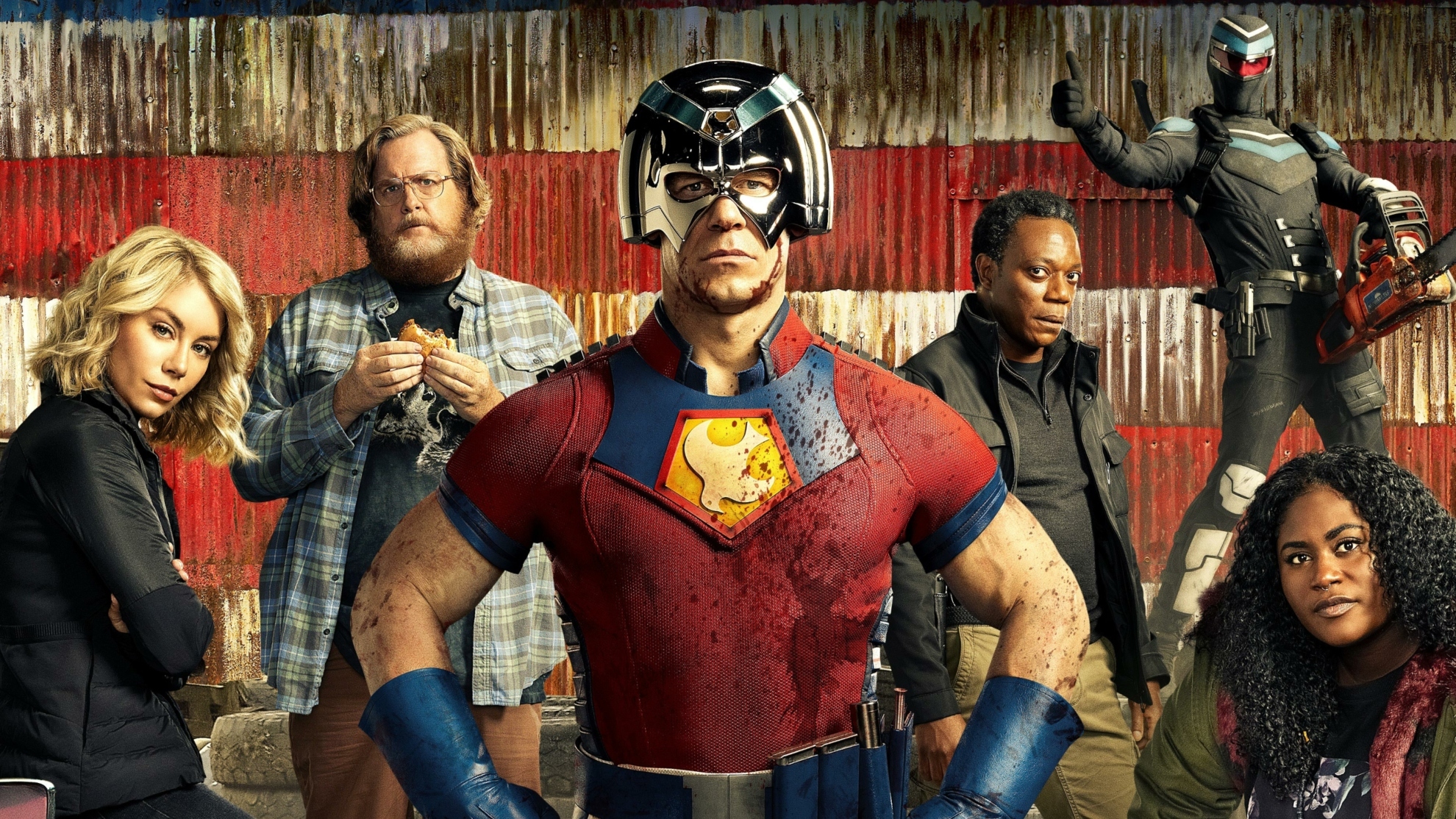 WARNING: SPOILERS FOR The PEACEMAKER FINALE

The Peacemaker series on HBOMax ended its first season with surprise appearances from some familiar faces in the DCEU - namely, members of The Justice League.

Four members of that team show up in the end – Superman, Wonder Woman, Aquaman, and The Flash.  Both Superman and Wonder Woman were played by stand-ins, however both Jason Momoa and Ezra Miller showed up in full costume in a surprise guest cameo.

The Suicide Squad movies, which Peacemaker is a spin-off of, all take place in the DC Cinematic Universe, of which Henry Cavil's Superman, Gal Gadot's Wonder Woman, Ezra Miller's The Flash, and Jason Momoa's Aquaman are a part of.  Though the Justice League all initially appear in silhouette, making the audience think they're all being played by stand-ins at first, the reveal of Miller and Momoa came as a genuine, funny surprise, with the two characters addressing a series-long joke about Aquaman having sex with fish.

Gunn has now spoken about how the cameos came to be. First he tells Variety how they enlisted Momoa:

“I think before we ever shot the show, we talked to Jason about it. We were like, ‘Listen, [Peacemaker] says you f— fish all the time.’ And we were a little afraid he would be upset, but he just laughed. He was cool. So he was pretty much on board from the beginning.”

Then he spoke to Deadline to discuss how Miller came onboard:

“Ezra came in as more of a surprise. I found out through a couple of friends that Ezra liked my films, and so then I connected with him and asked him to do it, as well. So, yeah, we were just lucky with the two of them.”

It also turns out that Miller’s cameo was shot with the help of those on the set of Marvel’s Guardians of the Galaxy Vol. 3 in Atlanta and was something of a payback for a favor DC did for Marvel:

"It was nice because we shot it on the set and with the crew of ‘Guardians of The Galaxy: Vol. 3.’ You know, they were kind of paying us back, though, because DC, Chukwudi Iwuji, we used the Peacemaker crew to shoot Chukwudi’s screen test for ‘Guardians 3,’ and DC was really cool about that, and then Marvel was really cool about letting us use our crew to shoot Ezra.”

The cameos also tie-in to a bit of cross-promotion with both Miller and Momoa having their respective The Flash and Aquaman and the Lost Kingdom films due out towards year’s end.

Batman was conspicuously absent in the surprise cameo by the Justice League, which is no surprise considering the fate of "Batfleck" is up in the air, especially with Robert Pattinson's The Batman due to come out in theaters soon.

What did you think of this surprise cameo? Let us know in the comments!