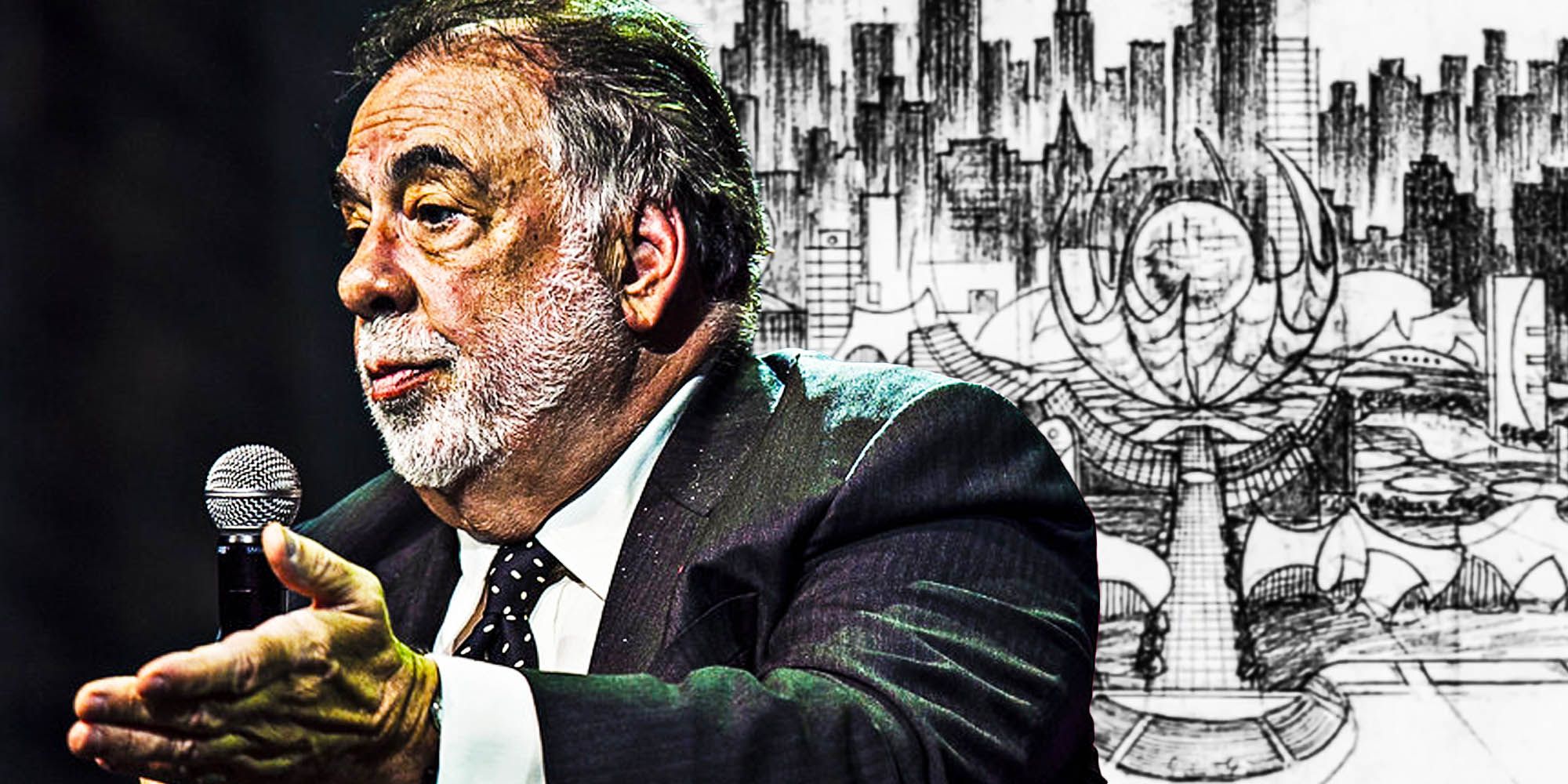 Filmmaker Francis Ford Coppola has always been an independent rebel filmmaker at heart.  Coming from the Roger Corman low-budget school of filmmaking, he's gone on to foster some of the most legendary talent in Hollywood, as well as make some classic movies, such as The Godfather and Apocalypse Now.

You'd think that would earn him some capital in Hollywood, right?  But it seems the filmmaker has gotten zero-interest from studios for his proposed $120 million epic, Megalopolis.  Speaking with GQ Magazine, Coppola says this is how studios have been reacting to his pitch for the film:

“So imagine, if that was the case when I was 33 or whatever the age and I had won every award and had broken every record and still absolutely no one wanted to join me, [then how do you think they’re reacting now?] I know that Megalopolis, the more personal I make it, and the more like a dream in me that I do it, the harder it will be to finance.”

Coppola has been developing Megalopolis over the last 40 years, but one of the barriers seems to be that the project is so personal, Coppola can't actually describe it.

“It's very simple. The premise of Megalopolis? Well, it's basically… I would ask you a question, first of all: Do you know much about utopia?”

From other reports, Megalopolis is a love story that is also a philosophical investigation of the nature of man; it's set in New York, but a New York steeped in echoes of ancient Rome; its scale and ambition are vast enough that Coppola has estimated that it will cost $120 million to make.

To fund the project, Coppola is putting up his own $120 million and sold a significant piece of his wine empire so that he could use a percentage of the sale as collateral for the line of credit to finally make the film.  Coppola said:

Coppola is no stranger to this method of film financing.  He spent years paying back banks for the flop One From The Heart.  But Coppola has bad so much money off his wine and previous films, that he doesn't seem all that worried about self-financing his dream project.

“It’s not as if $120 million is the extent of what I have [...] I couldn’t care less about the financial impact whatsoever. It means nothing to me.”

With Netflix spending upward of $200 million on films like Red Notice and Amazing spending over a billion on its Lord of the Rings series, why not give a legendary filmmaker a chance?

Megalopolis remains in development for now.  We'll see if Coppola can secure funding for his indescribable epic.