Disney Plus Proves All The Star Wars Haters Wrong 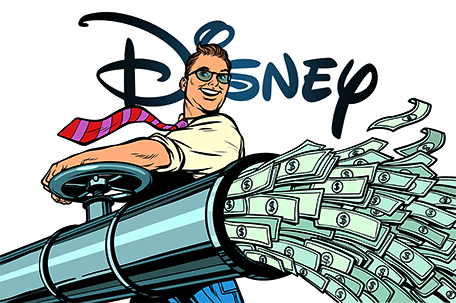 Remember how everyone is talking about how "Star Wars is Dead" and "No one cares about Marvel anymore" and "Pixar is a straight-to-streaming studio now"?

Yeah, not so much.

That’s WAY UP from the 2 million subscribers it added over the prior July-September quarter, likely due to the rush of new content towards year’s end including Hawkeye, Encanto, Free Guy, Shang-Chi and the Legend of the Ten Rings and the big draw for the final quarter of 2021 - The Book of Boba Fett.

The global total of subscribers to Disney+ now stands at nearly 130 million, with 43 million of them within the United States. That’s compared to Netflix with 222 million, HBO Max at 74 million, Peacock at 54 million, Hulu at 44 million, and Apple TV+ at 20 million.

So at a conservative estimate, Disney+ is earning close to $1.3 billion per month for Disney.  And with the increasing focus on streaming services and year-round content for these services, you can bet that we'll be seeing more big franchise draws to get people into that Disney ecosystem.